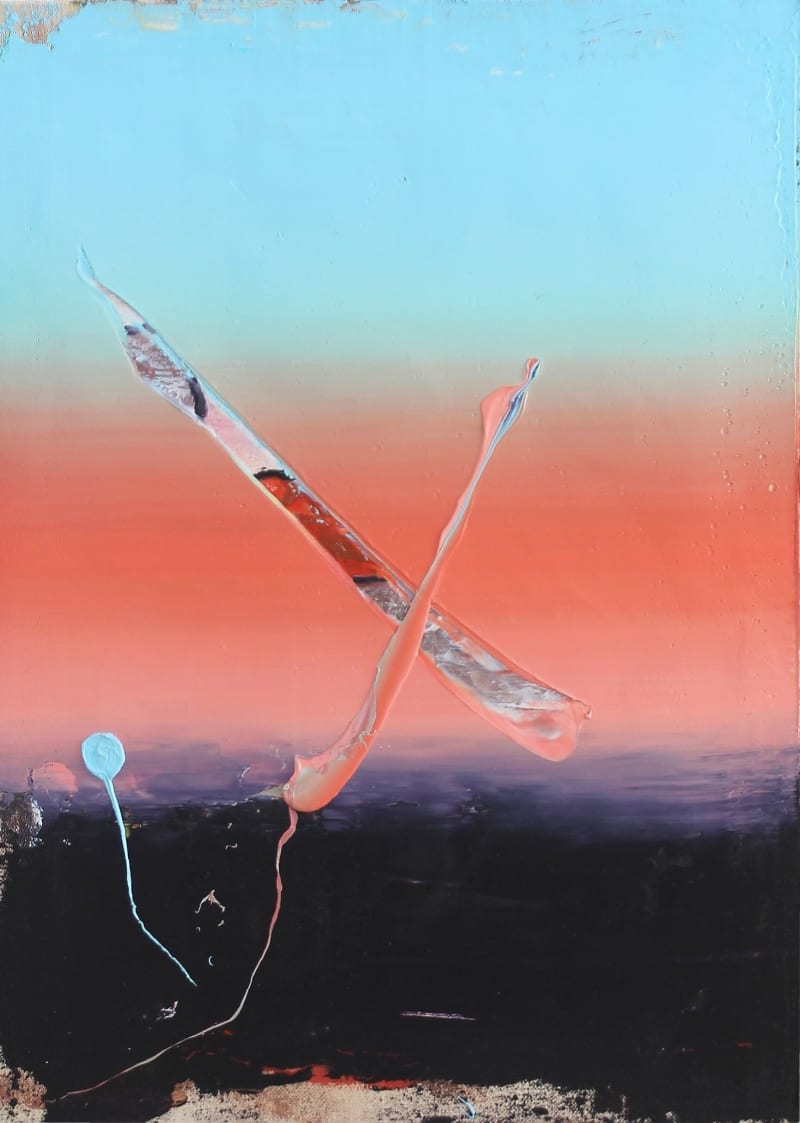 Golden Future Series Igor Bleischwitz is a contemporary artist from the post-Soviet states, now residing in Germany. His body of work contains different genres and techniques - from abstract paintings to ceramic sculptures, and panels. The visual aesthetics of the "Golden Future" series, which contains the author's latest work, exploits the tradition of abstract expressionism and the art of Mark Rothko in particular. The space of the canvas is filled with horizontal colorful blocks, but in contrast to the American artists, Igor breaks the smooth surface by mechanically cutting the paint. The technique includes the following steps: a realistic portrait or still life is created, then it gets painted over several times with solid colors. When the paint dries, the top layers are scraped off, and the original pattern begins to show through. The work is carried out instinctively, therefore the exposed fragments rarely show what was originally created. As the complexity increases, texture and depth appear, creating the multilayer effect. This gives the impression of the contextual and meaningful saturation of the picture - it seems to be aged. This technique is comparable to what Damien Hirst did in his work “Treasures from the Wreck of the Unbelievable”, in which he portrayed Mickey Mouse as a sunken sculpture. Both artists are engaged in falsification - they artificially give the illusion of value to objects that have no artistic significance. The process of creating Igor's works is similar to the life cycle of frescos. The drawings on the walls of ancient temples and mansions have been painted over with new images over the centuries in similar ways. Today, these antique images are carefully peeled by restorers seeking the original. On the contrary, Igor Bleischwitz pays attention to all paint layers, comprehending and conceptualizing each of them, as well as the process of artwork creation. Painting therefore, turns into performance, and each stage forces the artist to reincarnate. He starts off as the author of the image, then he turns into the vandal who paints over the work. Following he takes on the role of a restorer, who carefully removes the later layers. Finally, like a true archaeologist, he maintains layered fragments and keeps the historical stages. The desire for preservation has always been the priority for Igor - nothing should be lost and forgotten, and every stage of work should be seen and understood. Oblivion means death, fear of death is the strongest emotion that has always haunted humanity, such feeling is reflected in the art of Igor Bleischwitz. Alexandra Elizarova, art historian

The process of creating Igor's works is similar to the life cycle of frescos. The drawings on the walls of ancient temples and mansions have been painted over with new images over the centuries in similar ways. Today, these a... 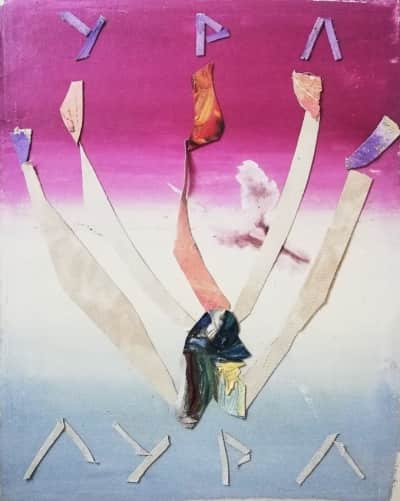 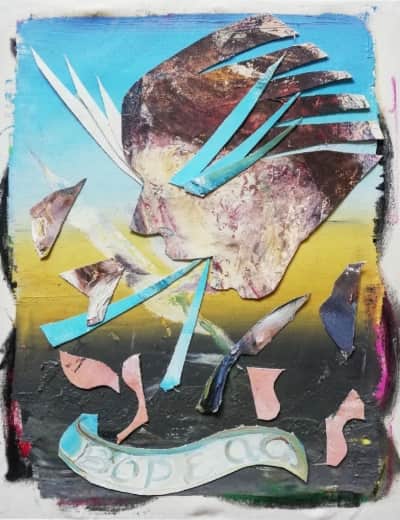